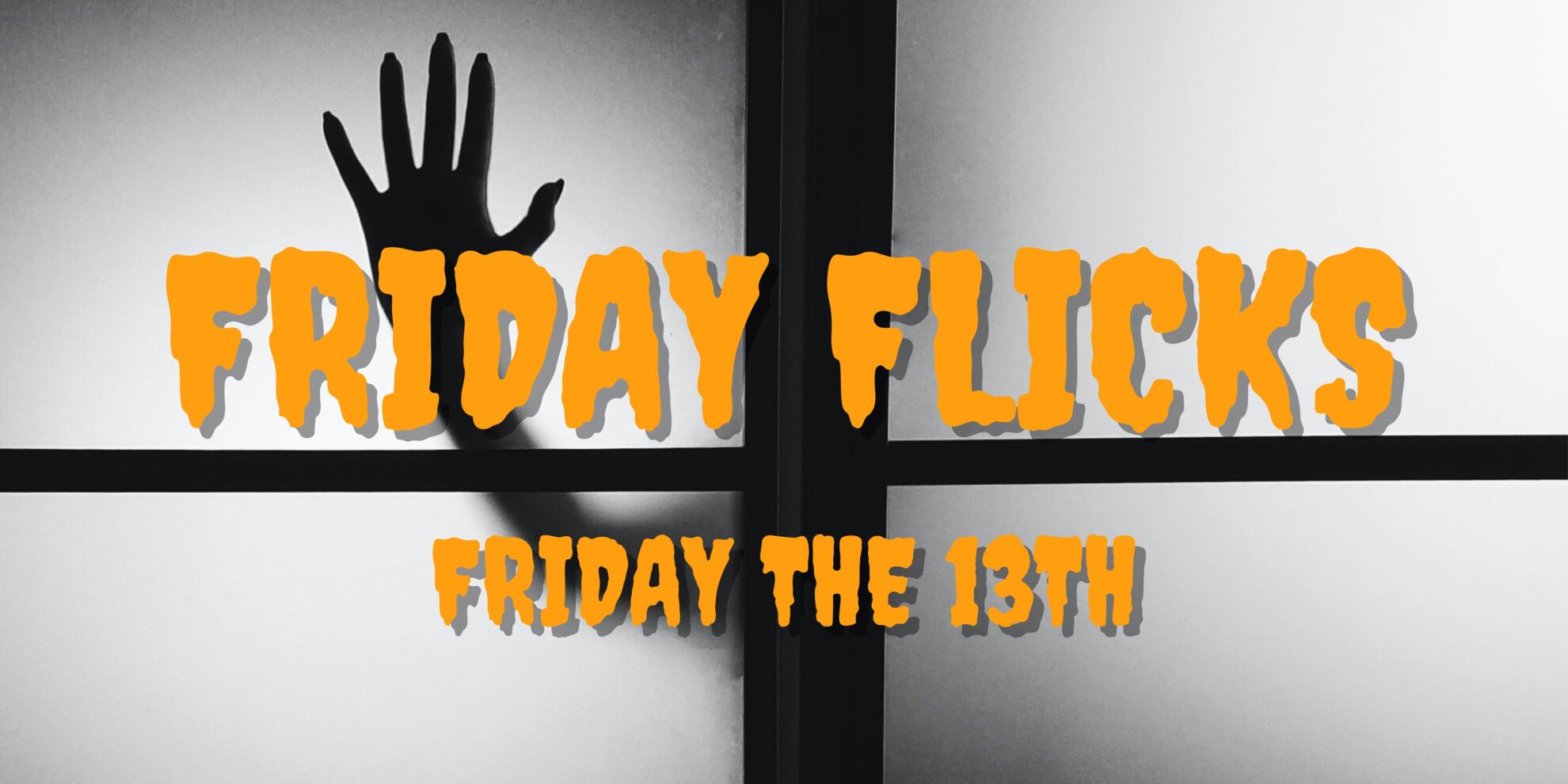 This Friday is a very special day for fans of all things spooky, horror, and Halloween because it’s a Friday the 13th. So of course, this week’s Friday Flicks could not be anything but horror. However, before you think it, I did not include Friday the 13th because that’s far too obvious. Instead I’ve chosen a variety of plots, styles, and levels of scariness so that there’s something here for everyone, whether you’re a horror buff or not.

The Conjuring (2013) by Director James Wan

A happy family of six moves into a beautiful and secluded farmhouse full of hope and love. And you guessed it, the place is extremely haunted. What begins as a few harmless irregularities quickly escalates into a terrifying presence attacking the family. Paranormal investigators Lorraine (played by Vera Farmiga) and Ed (played by Patrick Wilson) are called in to help, but can anything really be done to keep this thing at bay, especially given the shocking history of the property? Wan manages to breathe new life into a bundle of horror movie tropes to create something truly terrifying. It’s a well-executed combination of paranormal thriller and old-school horror with just enough gore to give you ample inspiration for your nightmares.

A Nightmare on Elm Street (1984) by Director Wes Craven

A teenage girl, Nancy (played by Heather Langenkamp) is being terrorized by nightmares of a mutilated killer who’s trying to kill her. When she realizes the damage done in her nightmares is happening to her body in real life, she enlists her boyfriend Glen (played by Johnny Depp) to help her “nail the bastard” before it’s too late. The fate of both kids and their friends are dependent on their ability to solve the mystery behind this killer’s connection to them and their parents. This movie was created almost 40 years ago and it is still as enjoyable as it was when it came out. While it may be slightly less terrifying due to the level of realistic gore we’ve become accustomed to, the use of makeup, prosthetics, and old-school special effects paid off wonderfully as Freddy’s disfigured appearance continues to send chills up your spine 40 years later. The witty script, excellent and engaging cinematography, and well-executed suspense worked to earn this movie a forever spot in the horror movie hall of fame, making it an absolute must-watch for fans of the genre. While remaining a timeless classic, the plot is also incredibly imaginative and in no way cliché. It is quite literally your worst nightmares come true. This is a perfect choice if you want something that’s fun and scary but possibly won’t haunt you for life.

This ‘found footage’ film tells the story of a young couple who’ve moved into a beautiful new suburban home, but soon find that there is something very unsettling about the place at night. This movie is one of my favourites because it manages to take a tale as old as time and a tiny budget ($10-15,000) and create something refreshing and terrifying. Unlike The Blair Witch Project, another ‘found footage’ film from around that time, Paranormal Activity brings horror into your everyday life by creating a rich story behind the tiny bumps and noises we all hear in our homes at night. Innovative direction, strategic cinematography and the power of suggestion allow Peli to get the most out of small effects, making you cower into your seat with something as simple as a light turning on in the other room. This movie is all about suspense, making it incredibly terrifying if you allow yourself to get into it, but if you’re waiting for blood and guts you may be disappointed. The acting performances by Katie Featherston and Micah Sloat are incredibly natural, giving it the authenticity required to pull off this kind of project. While there isn’t much shocking imagery to haunt your dreams, this movie terrifies you with the things you can’t see, and it’ll leave you sleeping with the lights on.

We follow the lives of three young people, whose lives seem completely unrelated, in Tokyo, Japan as they’re haunted by a strange phenomenon that seems to be coming from their computers and affecting events in the real world. Truly characteristic of the time, this movie plays on the possibilities of the internet and the mysterious connection between technology and the real world. It takes the concept of the internet as something that isolates people from the world rather than bringing them together and it makes it into something very real and threatening to be afraid of. This is a great movie for people who love film but aren’t fans of horror because while incredibly creepy, surreal, and very unsettling, it’s more profound than profane. It doesn’t need gore to scare the sh*t out of you. Kurosawa’s spectres are terrifying enough simply by existing in the shadows.

Shaun of the Dead (2004) by Director Edgar Wright

I had to throw in a comedy horror for those viewers who truly do not like to be terrified. While there is a level of gore in this film due to its being a zombie movie, the entire thing is undercut by a hilarious script and endearingly pathetic characters. Zombie movies often feature a strong, heroic main character who cares for a flock of vulnerable innocents. This movie’s lead character is Shaun (played by Simon Pegg), a lazy, irresponsible, unintelligent man who puts little to no effort into his daily life but does his darndest to rise to the occasion when the neighbourhood is overrun by zombies. If you’ve ever sat around in a basement smoking with your friends and wondering “what would it be like if the zombie apocalypse really happened here?” This movie answers that question pretty well. It’s difficult to mix horror with comedy successfully, but this is an excellent example of what that looks like when done well. With a brilliantly witty script supported by a talented cast, many critics consider it to be the best horror-comedy to date.

We hope you enjoy our selection! Let us know on Facebook, Twitter, or Instagram if any of our Friday Flicks made it into your movie night, and stay tuned for more recommendations every other Friday on our blog 😎