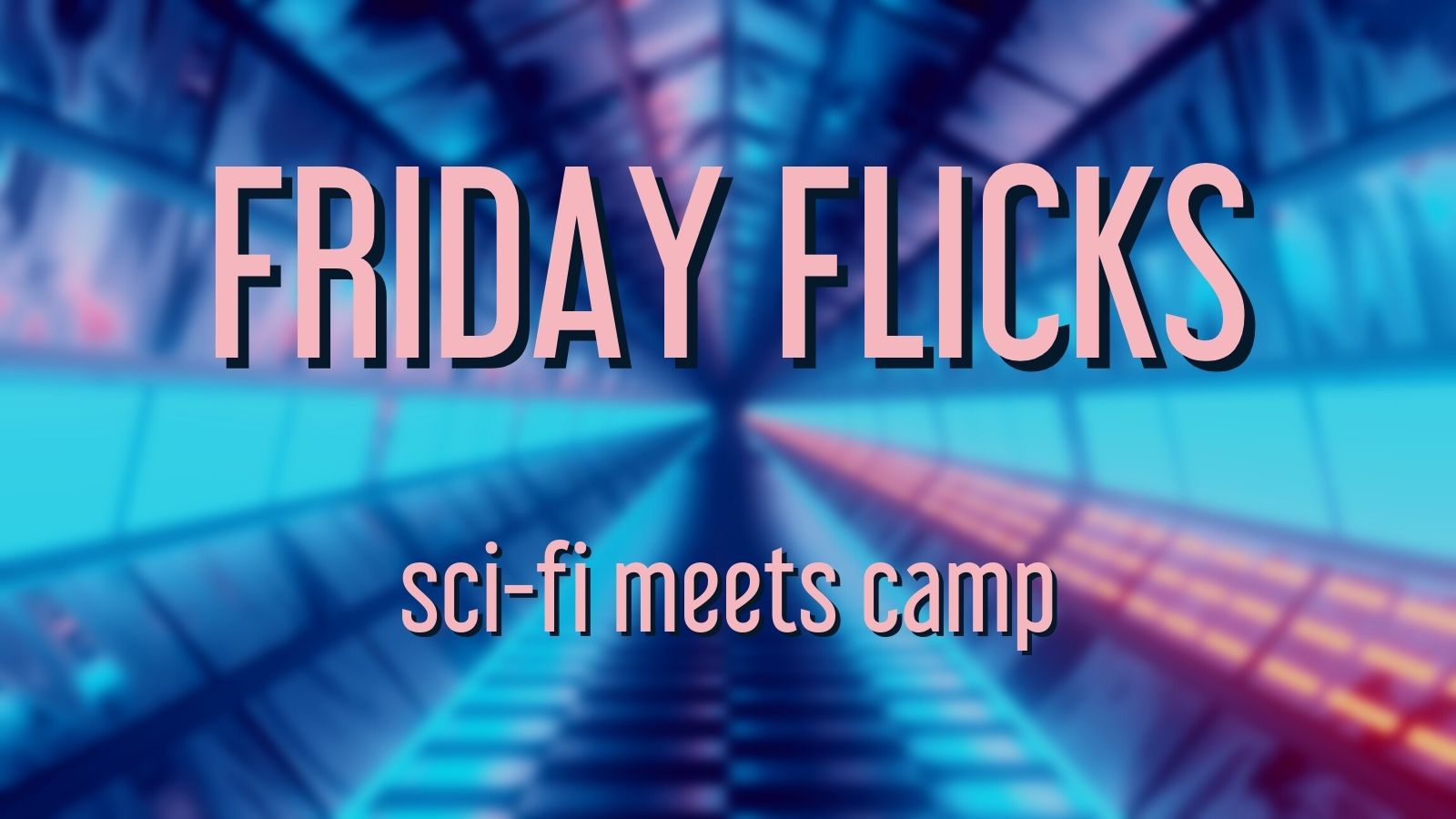 This week’s Friday Flicks is about over-the-top everything from costumes to script, direction, and plot. None of these movies have excellent reviews, but they’re all incredibly entertaining and bursting with personality. The genre doesn’t necessarily lend itself to Oscar nominations, but it has tons of timeless classics packed with quotable lines. These movies of course include the cheesy elements characteristic of the genre, like absurd and shallow plot, little character development, and corny dialogue. However, elements such as a carefully curated cast, comedic self-awareness in the script, and visionary direction set this selection apart as gems of the genre.

This Star Wars spoof follows the exploits of renegade space pilot Lone Starr (played by Bill Pullman) and his trusty dog-man sidekick Barf (played by John Candy) as they rescue Princess Vespa (played by Daphne Zuniga), who’s been kidnapped by the evil Dark Helmet (played by Rick Moranis) at the request of President Skroob (played by Mel Brooks), leader of planet Spaceballs. While the entire thing is a parody of Star Wars and other classic sci-fi films, it takes on a personality of its own making it funny enough as a stand-alone film. It is however much more enjoyable if you’ve seen Star Wars. With a lousy 56% critic score on Rotten Tomatoes, it didn’t impress many critics. But, with a whopping 83% audience score, it became an instant classic regardless. It’s rare that a spoof becomes a classic in its own right, but even 34 years later it’s a must-watch. What’s more, this ridiculous movie is best-watched while impaired, making it an excellent feature for a movie blog run by a dispensary!

Have you ever wondered what it would really be like if Martians invaded Earth? This movie pretty much answers that question. Of course, the person who greets them on arrival is the President of the United States, because that’s where aliens always land, but things don’t quite go as planned. Issues of communication and language barriers make it difficult to understand their intentions on this planet and things quickly devolve. It’s a hilarious commentary on humankind and a love poem to the sci-fi genre, giving in to every trope while creating something completely unique. Perhaps what makes this movie so special is the packed cast of A-list actors including Jack Nicholson, Pierce Brosnan, Sarah Jessica Parker, Glenn Close, Danny DeVito, Annette Bening, Michael J. Fox, Martin Short, Natalie Portman, and Jack Black, to name a few. Each character only gets a finite amount of screen time but Burton ensures that every moment is memorable.

Detective Del Spooner (played by Will Smith) is an old-school detective who’s not a big fan of technology. When a high-level robotics scientist dies under mysterious circumstances, Spooner is sent to investigate. What he discovers is a threat to all of humankind, and it’s his job to stop it. Will Smith absolutely nails this role, giving us all the charm of a cynical, reluctant hero. Complete with the classic motorcycle chase scenes and acrobatic combat we all know and love, the film also plays on themes of humanity and artificial intelligence that are as relevant today as they were then. The main robot, Sonny (played by Alan Tudyk), is incredibly personable both in look and behavior, giving the interactions between Spooner and Sonny a refreshing intimacy that’s difficult to obtain in an on-screen human-robot relationship. It is technically based on short stories by Isaac Asimov but the people who watched this with that in mind seemed to be very disappointed so I’d say background research is not necessary. Perhaps the greatest accomplishment of this movie is the stunning action sequences, making it another great movie to watch while stoned!

The Rapid Response Tactical Squad of Space Marines are sent to a research station on Mars after communications with home base have failed. The station is quarantined and it’s the Space Marines’ responsibility to go in, figure out what’s going on, and neutralize the threat. The team follows their gruff leader, Sarge (played by The Rock), as they delve deeper into the research station and discover the true and terrifying nature of the threat. Think of this movie as Space Fast and Furious…not just cause the leader is a ridiculously buff bald man, but because it feels a lot like a video game. In this case, it’s because it’s based on a video game. While criticized for lacking in plot and depth, this film is jam-packed with action and charm. It may not follow all the rules of film, but it stays true to itself as a film adaptation of a video game, complete with cheesy taglines and an incredibly entertaining first-person shooter action sequence. All of this comes together to make it the perfect film to watch while incredibly stoned. I recommend you prepare for this film by heading to your nearest Jima location (or ordering online through Jima Select & Collect 😉) and picking up a big ol’ bag o’ bud.

We hope you enjoy our selection! Let us know on Facebook, Twitter, or Instagram if any of our Friday Flicks made it into your movie night, and stay tuned for more recommendations every other Friday on our blog😁